The 10 Most Important Articles On SimpleMom.net

SimpleMom.net was a simple blog dedicated to the art of parenting and simple-living. The founder of the blog, Tsh (pronounced as Tish) Oxenreider, described herself as “part intrepid pilgrim and scrutinizer of cultural oddities, part whimsical homebody and charming troglodyte.” This is quite a mouthful from someone who promised simplicity.

Today, SimpleMom.net is no longer publishing. We follow a brief history of the website to try and find out what happened to it. We also look at the ten most influential articles that it published.

SimpleMom.net was established in 2008. At that time, the blog’s About Page said that it was “dedicated to encouraging moms to strive for simplicity in their high calling.” It adds that the topics explored had the “goal of pointing at the benefits of simplicity, and how to best utilize the many, many resources available to us as moms these days.”

1. 3 Easy Ways to Garden with Your Kids 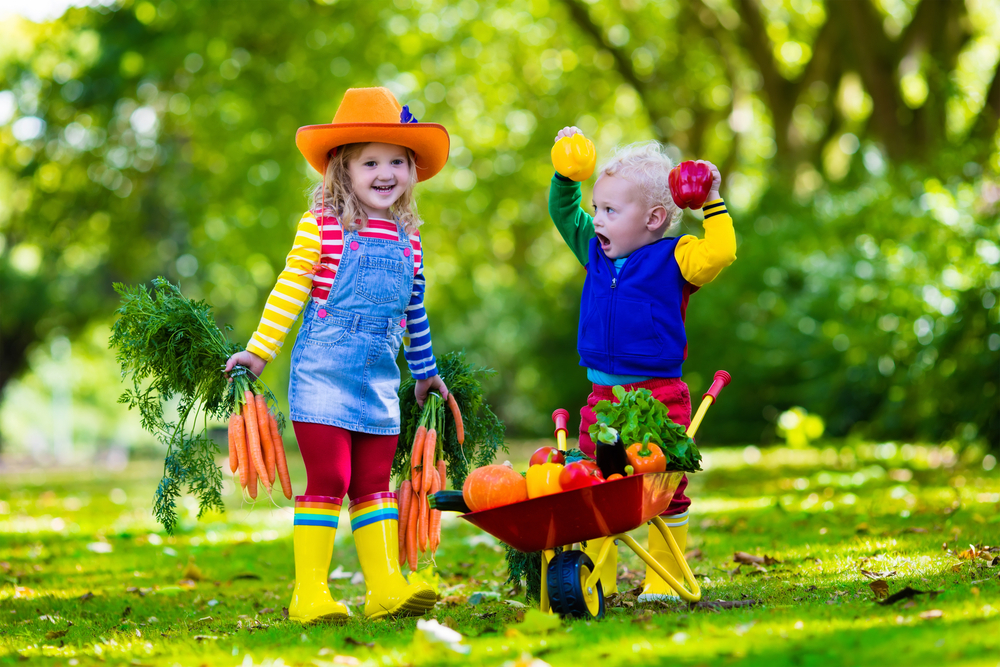 In this article, Oxenreider refers to the book, Animal, Vegetable, Miracle by Barbara Kingsolver. She says that the book gave her the inspiration to pass to her children, before they move out of her house, “a foundational knowledge of where food comes from.” Oxenreider notes that even though her idea was not to make her children farm-ready, or even to like gardening, she wanted them to know what real food is and “appreciate the process behind the food staring at them from the plate.”

Oxenreider provides advice on how the reader can garden with their kids, even if they live in an apartment:

2. 5 Reasons to Line Dry Your Laundry

In this piece, Oxenreider starts by clarifying that she loves technology. This love is based on her appreciation that technology simplifies home life in several ways, “from storing our food at adequate temperatures, to washing our clothes so that we don’t have to work for our hands raw with a hand-cranked wringer.” However, she admits that she finds lined dried clothes soothing.

Apart from the fact that she loves watching the laundry “flap in the breeze and shine whitely in the sun’s reflection,” line drying saves money and makes her wash fewer clothes with fewer chemicals. Finally, she says she loves the therapeutic effects of doing something basic and methodical with her hands (Source).

3. How to Travel Long Distances with Little Ones (and not go Insane) 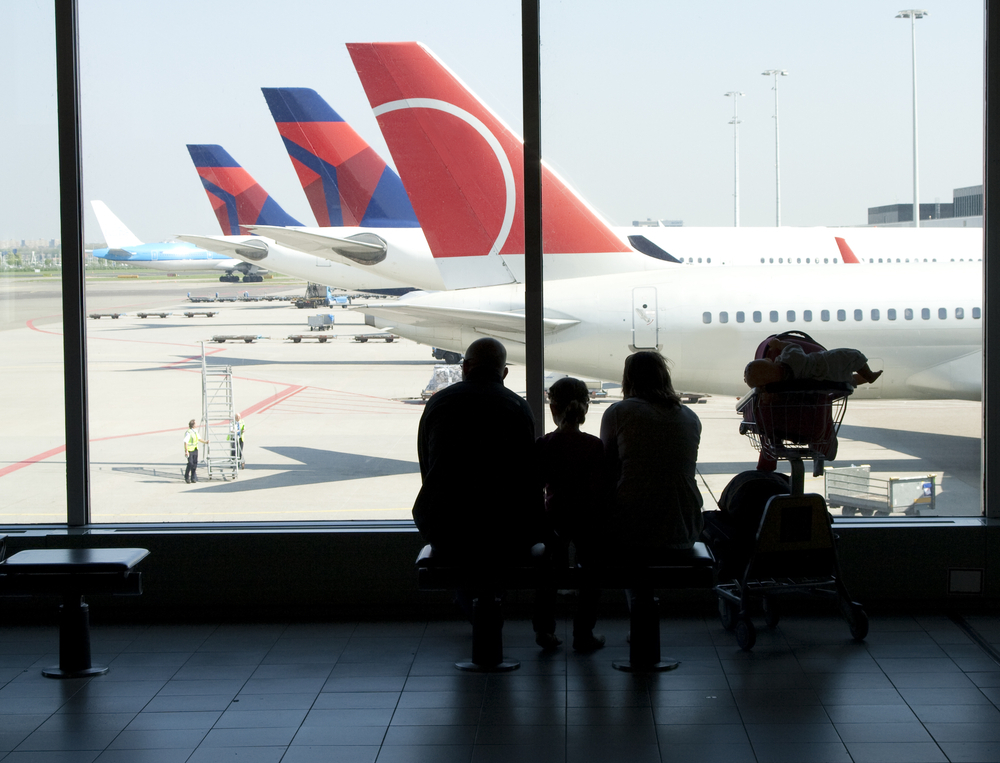 Following inquiries from readers about international travel with small children, Oxenreider produced this article. She starts by noting that her family is always traveling. Her five-year-old daughter had already been to eight countries when Oxenreider wrote the article.

Oxenreider notes that the easiest way to deal with kids on long-haul international flights is by not being too rigid. By this, she means that you can allow them to have things they wouldn’t ordinarily have at home, like ordering apple juice instead of water or watching TV longer than they usually would.

The secret is to keep the kids as happy as possible during the flight. It’s also important to ensure that babies are dressed comfortably in the right baby shoes that ensure a snug fit.

4. 20 Indoor Activities for Kids besides TV

As she begins this post, Oxenreider clarifies that she has no problem with the kids watching TV or movies. She says she has a problem with the fact that TV is “FAR too often used as the default choice of leisure time for children.” She believes that too much television makes the kids less creative and takes away their innocence and energy.

So, what does she suggest parents do to keep their kids entertained? Read a book, write a book, act out a book, or listen to a book. She adds other activities like performing a puppet show, assisting with chores, or organizing an indoor picnic (Source).

5. Let Your Kids Get Dirty

According to the writer of this article, Katie Fox, dirt is good for the soul and the body. The article details several ways in which dirt could benefit your baby.

Fox backs up her views by citing studies showing that dirt can be good for the brain. She adds that playing outside can help children grow their character. The article encourages moms to rethink the popular reprimand “don’t play in the dirt.”

According to this piece, thrift stores can be “a veritable goldmine of unclaimed wealth.” Oxenreider admits that before she heads off to the “regular” stores, she usually starts by shopping at the Salvation Army, Goodwill, and Vincent de Paul’s.

Oxenreider advises anyone going to the thrift store to start by clarifying exactly what they need. The thrift store shopping experience can be overwhelming for someone who has not planned correctly. While she says you should know what you want, she also notes that it’s essential to keep an open mind because “sometimes, you really hit the jackpot” (Source).

7. Family Traditions: 10 Ideas to Get You Started

This was a guest post written by someone called Sherri. Sherri starts by noting that traditions are “those little rituals passed down from generation to generation that help shape your family by creating a sense of unity, warmth, and closeness.” She adds, “They create memories that fill your mind with peace, love, happiness, and security (Source).

In the rest of the article, the writer provides family tradition ideas like having a birthday hat, going out for dinner to celebrate special occasions like a new job, and family Olympics.

8. 11 Tips to Eating Healthy on a Budget

In this article, Oxenreider encourages readers to eat foods in season, grow their own foods if they could, eat less meat, and to forego processed foods. She advises readers to do whatever they can to process their food in the kitchen, in much healthier ways, instead of buying food that is already processed.

9. 20 Tips for Finding Your Routine with Kids

This article responds to a reader who says they would “love any tips on balancing the bedtimes, eating, naps, and various activities of two different-aged kids.” Oxenreider starts by acknowledging that attempting to juggle two kids can be tough. She advises that the best way of creating a routine is to have a name for every hour because “kids thrive on a routine as well – it’s comforting for them to know what’s next in their day, even those things they don’t like” (Source).

The rest of the article provides 20 more tips. These include having a schedule but remaining flexible, working with your spouse at the beginning of the week to create a schedule for the week, and teaching the kids the value of waiting.

This article says that expectant mothers tend to have “a gauntlet of baby gear pushed their way.” The writer, Oxenreider, lists some things that she says she never bothered to buy and did just fine. These include baby lotion (because babies smell sweet already) and a changing table (there are too many countertops in a house on which to change a baby). This article also shows the importance of finding the best gifts for a new mom that cost nothing.

What Then Happened to SimpleMom.net?

Any attempt to access SimpleMom.net today is blocked by the security software, indicating that the website could be malicious. It’s unclear what might have happened to the website, which seems to have published articles until the closing months of 2013.